How A Formula Gets People Addicted To Their Smartphones 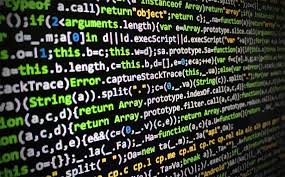 As in most cases of addiction, that was the plan. Not by the users, of course, but by those designing the drug of choice, whether pharmaceutical or technological.

And not that the intent, in this case, was evil or even mean-spirited: it's just that all businesses want their products or services to be so compelling that that customers always want more. So if you could get more people to use their devices more often, scale could be achieved, generating more revenues and profits.

The sociology of such addictions is based on behavioral theories and experience which, especially with big data and algorithmic analysis can be applied to almost outcome. Economic incentive is a critical feature. But the question forward thinking companies and societies should be asking is, at what point it might be optimal to dial back in order to sustain the desired outcome. JL

The Persuasive Technology Lab looks at how technology can persuade users to take actions. Early experiments centered around questions like, “How can you get people to stop smoking using SMS?” When Facebook opened its platform to third-party developers, (and)after a few lectures on the basics of behavioral psychology, students began building Facebook apps using psychological tools like reciprocity and suggestion to engineer apps. “There are more users on Facebook than followers of Christianity. There are more people on YouTube than followers of Islam." If you want to fix this, eliminate the economic incentive to create addiction
In September 2007, 75 students walked into a classroom at Stanford. Ten weeks later, they had collectively amassed 16 million users, $1 million dollars in advertising revenue, and a formula that would captivate a generation.
The class—colloquially known as "The Facebook Class"—and its instructor, BJ Fogg, became Silicon Valley legends. Graduates went on to work and design products at Uber, Facebook, and Google. Some even started companies with their classmates. But a decade later, some of the class’ teachings are in the crosshairs of our society-wide conversation about phone addiction.

Fogg's research group, the Persuasive Technology Lab, looks at how technology can persuade users to take certain actions. Early experiments centered around questions like, “How can you get people to stop smoking using SMS?” But when Facebook, then a three-year-old startup, opened its platform to third-party developers, Fogg saw a perfect opportunity to test some of his theories in the wild.
After a few lectures on the basics of behavioral psychology, students began building Facebook apps of their own. They used psychological tools like reciprocity and suggestion to engineer apps that could, for example, send your friends a virtual hug or get your friends to join an online game of dodgeball. At the time, Facebook had just begun promoting third-party apps in its news feed. The iPhone launched in the summer of 2007; the App Store would follow the year later. Fogg’s teachings became a playbook on how to make apps stick just as apps were becoming a thing.
“Within the first month, there were already millions of people using these apps,” says Dan Greenberg, a teaching assistant for the class who later went on to found the ad-tech platform Sharethrough with some of his classmates. After some students decided to monetize their apps with banner ads, apps like Greenberg’s began bringing in as much as $100,000 a month in ad sales. Fogg had a secret sauce, and it was the ideal time to serve it.

In Silicon Valley, Fogg's Behavioral Model answers one of product designers’ most enduring questions: How do you keep users coming back?

A decade ago, Fogg’s lab was a toll both for entrepreneurs and product designers on their way to Facebook and Google. Nir Eyal, the bestselling author of the book, Hooked, sat in lectures next to Ed Baker, who would later become the Head of Growth at both Facebook and Uber. Kevin Systrom and Mike Krieger, the founders of Instagram, worked on projects alongside Tristan Harris, the former Google Design Ethicist who now leads the Time Well Spent movement. Together, in Fogg's lab, they studied and developed the techniques to make our apps and gadgets addictive.
Now, we are navigating the consequences. From Facebook's former president claiming that Silicon Valley’s tools are “ripping apart the social fabric of society” to France formally banning smartphones in public schools, we are starting to reexamine the sometimes toxic relationships we have with our devices. Looking at the source of product designers’ education may help us understand the downstream consequences of their creations—and the way to reverse it.

BJ Fogg is an unlikely leader for a Silicon Valley movement. He’s a trained psychologist and twice the age of the average entrepreneur with whom he works. His students describe him as energetic, quirky, and committed to using tech as a force for good: In the past, he's taught classes on making products to promote peace and using behavior design to connect with nature. But every class begins with his signature framework, Fogg’s Behavior Model. It suggests that we act when three forces—motivation, trigger, and ability—converge.
In Silicon Valley, the model answers one of product designers’ most enduring questions: How do you keep users coming back? Say you're a Facebook user, with the Facebook app on your phone. You're motivated to make sure photos of you posted online aren't ugly, you get triggered by a push notification from Facebook that you’ve been tagged, and your phone gives you the ability to check right away. You open the Facebook app.
Proponents of the model, like Eyal, believe that the framework can be extremely powerful. “If you understand people’s internal triggers, you can try to satiate them," he says. "If you’re feeling lonely, we can help you connect. If you’re feeling bored, we can help entertain."
But critics say that companies like Facebook have taken advantage of these psychological principles to capture human attention. Especially in advertising-supported businesses, where more time spent in app equals more profit, designers can optimize for values that don’t always align with their users’ well-being.

Tristan Harris, one of the most vocal whistleblowers of tech’s manipulative design practices (and a graduate of Fogg's lab), has grappled with this idea. In 2012, while working at Google, he created a 144-slide presentation called “A Call to Minimize Distraction & Respect Users’ Attention.” The deck, which outlined ways in which small design elements like push notifications can become massive distractions at scale, went viral within the company. Over 5,000 Googlers viewed the presentation, which Harris parlayed into a job as Google’s first “design ethicist.”
Harris left Google in 2015 to expand the conversation around persuasive design outside of Mountain View. “Never before has a handful of people working at a handful of tech companies been able to steer the thoughts and feelings of a billion people,” he said in a recent talk at Stanford. “There are more users on Facebook than followers of Christianity. There are more people on YouTube than followers of Islam. I don’t know a more urgent problem than this.”
Harris has channeled his beliefs into his advocacy organization, Time Well Spent, which lobbies the tech industry to align with societal well-being. Three years later, his movement has begun to gain steam. Just look at Facebook, which recently restructured its news feed algorithm to prioritize the content that people find valuable (like posts from friends and family) over the stuff that people mindlessly consume (like viral videos). In a public Facebook post, Mark Zuckerberg wrote that one of Facebook’s main priorities in 2018, “is making sure the time we all spend on Facebook is time well spent.” Even, he said, if it's at the cost of how much time you spend on the platform.
Facebook's reckoning shows that companies can redesign their products to be less addictive—at the very least, they can try. Perhaps in studying the model that designers used to hook us to our phones, we can understand how those principles can be used to unhook us as well.

Fogg acknowledges that our society has become addicted to smartphones, but he believes consumers have the power to unhook themselves. “No one is forcing you to bring the phone into the bedroom and make it your alarm clock,” he says. “What people need is the motivation.”
Eyal’s next book, Indistractible, focuses on how to do that, using Fogg's model in reverse. It takes the same three ideas—motivation, trigger, and ability—and reorients them toward ungluing us from our phones. For example, you can remove triggers from certain apps by adjusting your notification settings. (Or better yet, turn off all your push notifications.) You can decrease your ability to access Facebook by simply deleting the app from your phone.
“People have the power to put this stuff away and they always have,” says Eyal. “But when we preach powerlessness, people believe that.”
Others, like Harris and venture capitalist Roger McNamee, disagree. They believe corporations’ interests are so intertwined with advertisers’ demands that, until we change the system, companies will always find new ways to maximize consumers’ time spent with their apps. “If you want to fix this as quickly as possible, the best way would be for founders of these companies to change their business model away from advertising,” says McNamee, who was an early investor in Facebook and mentor to Zuckerberg. “We have to eliminate the economic incentive to create addiction in the first place.”
There is merit to both arguments. The same methods that addict people to Snapchat might keep them learning new languages on Duolingo. The line between persuasion and coercion can be thin, but a blanket dismissal of behavior design misses the point. The larger discussion around our relationship with our gadgets comes back to aligning use with intent—for product designers and users.

Where We Go Next

Harris and McNamee believe manipulative design has to be addressed on a systems level. The two are advocating for government regulation of internet platforms like Facebook, in part as a public health issue. Companies like Apple have also seen pressure from investors to rethink how gadget addiction is affecting kids. But ultimately, business models are hard to change overnight. As long as advertising is the primary monetization strategy for the web, there will always be those who use persuasive design to keep users around longer.
So in the meantime, there are tangible steps we can all take to break the loop of addiction. Changing your notification settings or turning your phone to grayscale might seem like low-hanging fruit, but it's a place to start.
“It’s going to take the companies way longer than it would take you to do something about it,” says Eyal. “If you hold your breath and wait, you’re going to suffocate.”