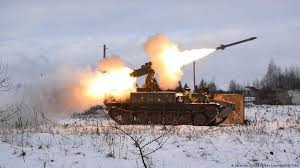 Given the huge advantages Russia has in aircraft, surface-to-air defense and other equipment, the fact that its air force has been unable to achieve air superiority probably means that it is now incapable of doing so.

With growing support from NATO, Ukraine can build on its early successes which have been based on better intelligence and data interpretation, as well as coordination between its air force and army, a strategic collaboration Russia has failed to accomplish. This potentially denies Russian land forces a critical advantage needed to realize its politico-geographic objectives. JL

In the eighth week of this war the Russian Air Force (VKS) still shows no sign of gaining air superiority. Given the advantages it has in the 'physical component' of air combat power this is truly remarkable. So it probably cannot. And that means the Russian army cannot discount air attack at any time. What UKR have done is use intelligence to selectively attack Russian air raids. These have been effective in kill ratios (with) many achieved from MANPADS missiles, and artillery shelling airfields. This implies good coordination between Air and Land air defence assets which RUS has not. UKR air defence has achieved a huge 'soft kill' in deterring VKS raidsSome thoughts on the air war over Ukraine and its implications for air forces in general.

The first point is that in the eighth week of this war the Russian Air Force (VKS) still shows no sign of running a campaign to gain air superiority. Given the advantages it has in the 'physical component' of air combat power this is truly remarkable. So it probably cannot.

And that means that the Russian army cannot discount air attack at any time, and UKR can plan to make use of the air environment. This could prove to be the factor that tips the balance in effective overall combat power, and it arises...

...because the UKR armed forces are clearly leading in the 'conceptual component' of air combat power. They have worked out how to take a massive inferiority in numbers and turn that around by fighting smarter.

There are lessons here in Air C2 for all air forces. Even, perhaps especially, the dominant ones of high-tech NATO. These have got used to rolling out air dominance since Gulf War 1. Maybe they will always be able to. But repeating a well worn tactical process - albeit a complicated one - has replaced 'Air Generalship'.

Few senior Western airman have had to work out from scratch how to use air power capabilities in less favourable circumstances to achieve campaign aims. In contrast,
@KpsZSU
has had to think around the problem.

What they seem to have done is used intelligence to selectively attack Russian air raids. These appear to have been relatively effective in kill ratios - but the UKR 'air force' has also achieved many kills from MANPADS missiles, and even artillery shelling airfields.

Or Bayrakter TB2 v RUS SAMs. This implies good coordination between Air and Land air defence assets. Which RUS has not achieved. Together, this UKR air defence system has achieved a huge 'soft kill' in deterring VKS raids; rarely now do they cross the FLOT.

In the space created UKR has learnt to use modern, novel tactics of drones and loitering munitions to act as 'poor mans air superiority'. This is not, yet, in the NATO air forces play book. And I would hazard a guess that NATO army/air force coord is not as good.

So I conclude that NATO air forces should humbly approach
@KpsZSU
and offer to share a mission exploitation exercise to find out what worked, what didn't and why. NATO air power has become very good at one thing. It should think on what UKR's Air Generals might teach them. But in the meantime, UKR's ability to prosecute the war successfully relies on it being able to use the air when and how it wants. We need to listen to them telling us what they now need and sure they have plenty of it in order to prevail.