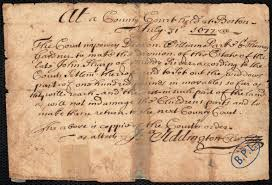 There are good, solid security reasons for Apple to request documentation when someone requests a dead person's computer files.

The larger issue this raises concerns Apple's - and other internet companies' policies - when it comes to your digital content. The companies contend they own it and when you die, it gets deleted. But given the value inherent in such electronic knowledge and the degree to which our physical and online lives have merged, the question is whether that position is still relevant, fair - or even logical. JL

Apple initially told the woman that she would have to provide a will and death certificate, but once she provided those documents the company reportedly asked for something else—a court order.
A woman whose husband died has spent months trying to gain access to his Apple account, according to a Canadian Broadcasting Corporation report today. Apple initially told the woman that she would have to provide a will and death certificate, but once she provided those documents the company reportedly asked for something else—a court order.
There are good privacy and security reasons for Apple to impose strict controls on account access, but in this case, the company seems to have acknowledged it went too far by demanding a court order. After CBC got involved, Apple relented and will apparently allow the widow, 72-year-old Peggy Bush of Victoria, BC, to get access to her late husband's Apple ID.
"After [CBC News] contacted Apple, it did reach out to the Bush family and apologize for what it called a 'misunderstanding,' offering to help the family solve the problem—without a court order," the report said. "At the time of publication, it was working with Donna Bush to do that."
We asked Apple why it asked Bush for a court order but haven't heard back yet.
Apple's terms and conditions indicate that accounts can be deleted, but not recovered, upon a person's death. "Unless otherwise required by law, You agree that your Account is non-transferable and that any rights to your Apple ID or Content within your Account terminate upon your death," Apple says. "Upon receipt of a copy of a death certificate your Account may be terminated and all Content within your Account deleted."
But some people have had success recovering the accounts of deceased relatives.
"Apple is not staffed by monsters... and you can appeal to Apple staff directly at iTunesStoreSupport@apple.com to discuss the situation," Macworld wrote in 2014. "We know that in the past Apple staff have stepped in to offer help to people, although they may ask you to prove that the relative has died and prove that they owned the account you are trying to gain control of."
Bush realized that she didn't have her late husband's Apple ID password after a card game on the iPad they shared stopped working. "The family tried to reload it and realized it couldn't be done without the password," CBC wrote.
Creating a new Apple ID would have required Bush to re-purchase any digital goods she and her husband had bought with his account. Her daughter, Donna Bush, spent a lot of time on the phone with Apple trying to regain access.
"After many phone calls and two months of what she describes as the 'runaround,' Donna provided Apple with the serial numbers for the items, her father's will that left everything to his wife, Peggy, and a notarized death certificate—but was told it wasn't enough," CBC wrote.
"I finally got someone who said, 'You need a court order,'" Bush told CBC. "I was just completely flummoxed. What do you mean a court order? I said that was ridiculous, because we've been able to transfer the title of the house, we've been able to transfer the car, all these things, just using a notarized death certificate and the will."
Donna said she wrote a letter to Apple CEO Tim Cook and then got a call from a customer relations representative who confirmed that the family would have to obtain a court order. Fed up, the Bushes got in touch with CBC.
"We certainly don't want other people to have to go through the hassle that we've gone through," Donna Bush said. "We'd really like Apple to develop a policy that is far more understanding of what people go through, especially at this very difficult time in our family's life, having just lost my dad."
An estate lawyer who spoke to CBC said that wills shouldn't contain actual passwords for security reasons, but they should include information on where family members can find passwords.